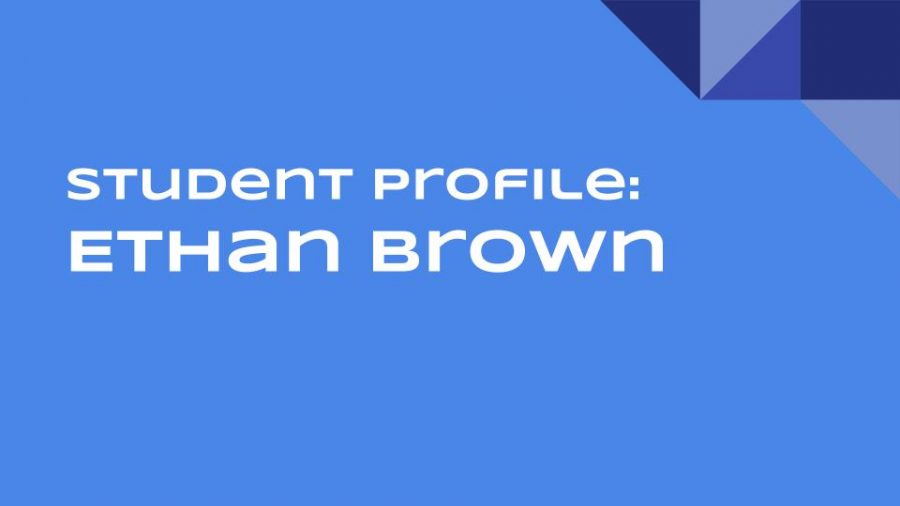 Can you imagine making a design then it being seen by everyone at your school AND every student at Ben Barber? Would you crack under the pressure of making sure it is sleek and actually kind of looks good. Well a student here at MHS has succeeded and got his cool designs out into the world. Ethan Brown is credited for creating both our Senior Sunrise geofilter on snapchat and for Ben Barbers new logo.

“It was my civic duty as a graphic designer to make a snapchat filter everyone would like.” Senior, Ethan Brown said.
You would think he would have been doing graphic design for awhile now, however he only recently stumbled upon his talent for it last year. So he never intended for his design to be Ben Barbers new logo.
“They liked my design, so they chose it.” Brown said. “It was for a project. My teacher saw it and then he pitched it and they changed it.”
Ethan never foresaw the position he is now in, he always saw himself doing something more with animation, in fact that’s how he got interested in graphic design.
“My teacher introduced me to graphic design. I was only in the class to take animation and then I stuck with it.” Brown said.
Although he is obviously very talented in graphic design, it’s not where he sees his future.
“I don’t really wanna go to art school, so I’m probably gonna go into computer sciences.”
Ethan has many interests, but graphic design is his passion. He also loves art, playing games.. like hide and go seek and gaming in his free time.
Delete Image
Align Left
Align Center
Align Right
Align Left
Align Center
Delete Heading