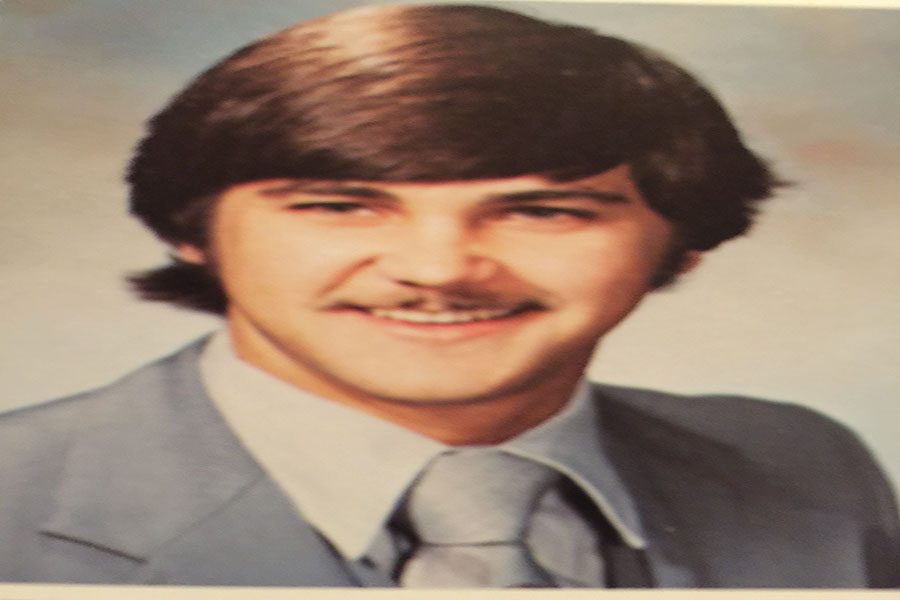 This story is about Phillip Lesko, the new AP Statistics and AP Calculus teacher, and his high school adventures.

What high school did you go to and what year did you graduate?

What college did you go to?

What was your most embarrassing moment in high school?

I missed a dunk and fell on my back during the Senior-Teacher basketball game. The student body was watching.

What activities were you involved in?

Losing the state soccer championship, going for four in a row. We lost on an own goal. Our own guy headed it in our own goal.

I didn’t go to my own prom, but I went to a girlfriend’s prom. It was alright; it wasn’t anything special.

What is the most rebellious thing you’ve ever done. in high school or after?

I lived near the beaches, and we would go to the beach and skip school. I got picked up in the paddy-wagon and brought home. They would actually go get you. I was a very good student, and I could skip a lot of days and still stay up with the material.

What jobs have you had before you were a teacher?

I was a clam digger in Long Island in the Great South Bay and then I worked as a printer. Then I became a mechanical engineer and started working for Texas Instruments Defense Systems, building bombs and missiles in Lewisville, Texas. So mostly engineering jobs before I became a teacher.

How long have you been a teacher?

This is my thirteenth year.
What made you want to become a teacher?

I was traveling the world as an engineer, not seeing my kids. Then, I wanted to change and my dad was also an engineer when he was young, and then he became a teacher. So I really enjoyed those summers together where we do things together and I learned a lot of stuff. I wanted to do that with my kids, so that’s what I did; I became a teacher and spent summers with my kids.

Any advice to high school students?

Enjoy your high school years as much as you can because when you get to college, the teachers/professors aren’t going to care about you nearly as much  as your high school teachers are. Enjoy it while you can.

Here’s my first advice: Choose a career that you enjoy doing. It doesn’t matter what you do, just try to be the best at what you do.

My second advice: Use your last semester in the school as a dry-run for college, if you’re going to college. What I mean by that is, try to study two to three hours every night until you graduate to get prepared for college. That’s what you’re going to be doing when August gets here.