Theater Performs “While the Lights Were Out” 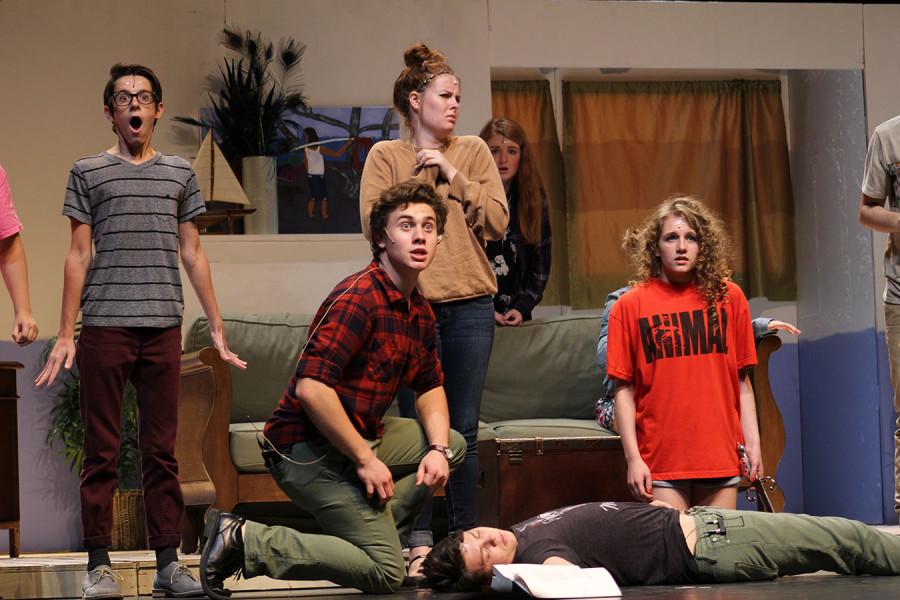 Throughout the weekend, the theater department will be performing the play “While the Lights Were Out.” The first performance took place on Thursday.

“It’s a big game of Clue. Someone gets murdered, and we have to figure out who did it, how it was done, and why it happened,” senior Garrett Cobb said.

The cast has been rehearsing Monday – Thursday from 3:15 to 5:45pm for the past several weeks.

“I am Lord Clive, Becca Swan is Lady Monica, Hunter Ginn is the lead detective, and Reagan Fraze is his assistant,” senior Garrett Cobb said.

While the Lights Were Out is categorized as a farce, a comic dramatic work using buffoonery and horseplay.

“My favorite part is that it is really comedic. We haven’t done any funny plays in a while, so we have lots of outrageously stupid characters,” senior Garrett Cobb said.

While the Lights Were Out premiered on October 15 at the Mansfield Center for the Performing Arts at 7pm, and continues daily through October 17th. Ticket prices are $3 during pre-sale and $5 at the door.