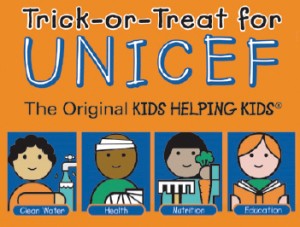 With Halloween just days away, Key Club has started their campaign for UNICEF, a fund donating money to projects such as providing children with water and education, and giving mothers tetanus shots to prevent maternal and neonatal tetanus.

“Collecting money for UNICEF really shows that we don’t have to do a lot to make a big difference in someone’s life,” vice president Ushasee Roy said. “It helps us be more aware of what’s going on outside of our little town.”

Last year, Key Club raised over $2,000 for UNICEF and the goal this year is to top that accomplishment. The campaign primarily motivates students to either ask their classmates for spare change, or go door to door in their neighborhood, i.e. “trick-or-treating” for UNICEF.

“Generally, I try to go up to people because I think it’s more of a direct way, and it really gets their attention because then you can actually tell people what it’s about, so they at least know and it’s not just putting it on your desk and hoping for the best,” sophomore Parker Konchalski said.”You actually get to tell people that you’re doing it for a really good cause.”

Although most people are very open to the cause, they may not be trying their best to raise as much money as possible, as pointed out by junior Ivana Cotty.

“My opinion on the UNICEF boxes is that it is a great cause; the only flaw I see with it is people kind of ,especially when I was in Key Club, just take the boxes and all they really do is get change from home,” Cotty said.”It’s great, but it’s kind of selfish in a way. They don’t really tell people about the cause and what it’s for.”

Despite the uncertainty of some members, most Key Clubbers recognize the significance of the campaign and raise money all month long. The impact Key Club has is largely seen, since only $1.80 provides a tetanus shot to a mother. Any donation is appreciated and the this week is the last week to collect money.