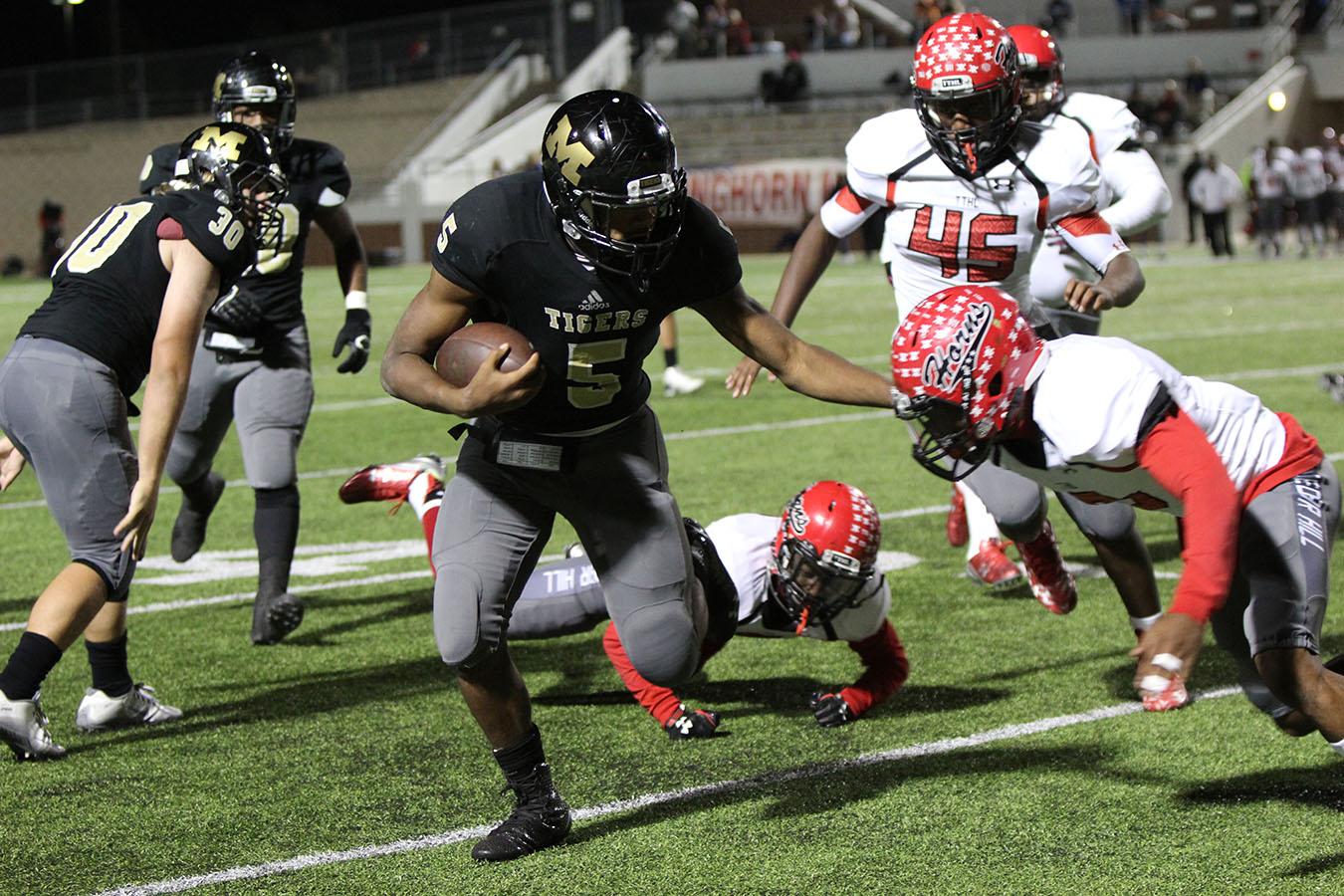 As sweat drips down his face, he puts the weights down from his last set. He takes a swig from his water bottle and heads to the locker rooms to change. Although he is tired from his workout, Kennedy Brooks still has physics homework and a test to study for tomorrow. But he does it for the upcoming game on Friday. It is more than himself. More than his team. It is to win the state title for his school and everyone who supports him.

Junior, Kennedy Brooks is well known throughout Mansfield High School as a very valuable piece of the varsity football team. The Tigers have made it to playoffs and Brooks realizes just how much he can push himself to win the state title.

“We’re here to make history and that’s all we’ve been doing,” Brooks said.”All we want is to go to state and try to win more games and bring a state title to Mansfield High School.”

With the team going to playoffs and the chance to go to state, Kennedy has had many games to see how his team has differed from this year to last year.

“It’s a great experience knowing my teammates. I love it,” Brooks said. “It’s a new experience every year with a different team. But I really love it this year.”

The football season can weigh heavily on any player’s shoulders. With a large amount of students going to every game, all eyes are on the field and which team comes out as the victor.

“It’s a big pressure on me but I can handle it,” Brooks said. “It’s my teammates that keep me here and humble. I know I couldn’t do it without them.”

With all the pressure stockpiled on him, Brooks also has to balance his school work and his obligations for football.

Although Kennedy has a lot to worry about, he knows how hard he has to work. And through his football season as a freshman, sophomore, and junior, Kennedy has grown from it all. With his determination and confidence, the Tigers cheers him on every game he plays in.