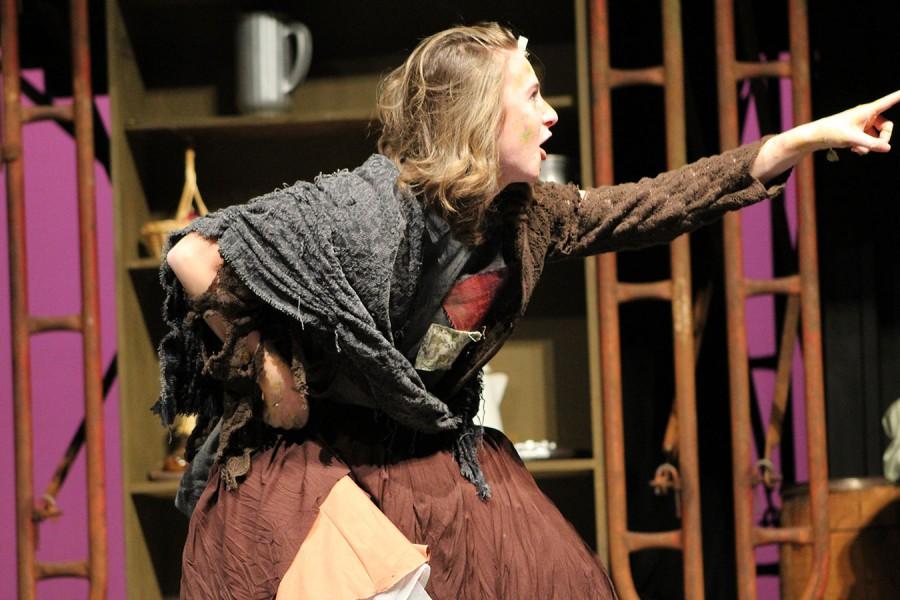 Two AP classes, TCC, Pre-AP Pre-Cal, two choir classes, theatre, and a major role in the musical- not including a social life- is the schedule of junior Reagan Fraze.

“I don’t have a lot of time because I’m in so much stuff,” Fraze said. “I just try to keep everything written down and do homework that I can during rehearsals, or between rehearsals, or at lunch, or something.”

Although her schedule keeps her busy, Reagan barely complains, and the “hardest part” of her day is something minimal.

“The hardest part is probably AP Physics in the morning because my brain is not working.”

Reagan is generally described as somewhat strange by her peers, and she would even rank herself as a 3 on a scale of 1-10 for weirdness (1 being the most and 10 being the least).

“People who don’t know theater kids don’t generally know that they’re completely crazy when they’re all together. Even when they’re not together, they’re still crazy,” Fraze said. “It’s just little things that I do, they’re just like why are you doing that?”

With her booked schedule, Reagan has become a pro at time management and has a little advice for those who are still struggling.

“Write it down. Keep a schedule of when you have what and the few little minutes that you don’t have anything happening, work on something,” Reagan said.

What Reagan enjoys the most is her role in Sweeney Todd, which will be performed by the MHS Theatre at 7 o’clock Thursday-Monday, although the Sunday show is at 2. Tickets are being sold for $7 pre-sale and $10 at the door.

“My character is, her real name is Lucy Barker. When her husband left, she kinda went a little crazy because she got raped by the judge and then she took poison to try and kill herself, but she didn’t succeed. She went crazy and now she is a beggar woman, living on the streets of London, just trying to get money,” Fraze said. “She recognizes her husband when he does come back, as Sweeney Todd, but she doesn’t know how she recognizes him. When they start killing people, she’s the first person to realize what they’re doing.”