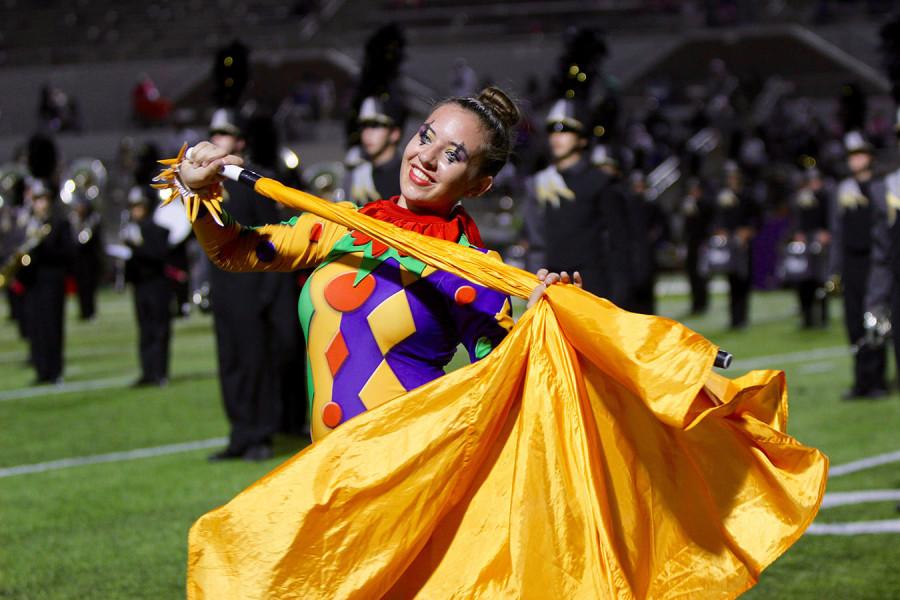 On January 29, the Varsity Winter Guard debuted their 2015-2016 show “Time” at the NTCA Alvarado Junior High Winter Guard Competition in Alvarado, Texas. The varsity team competed in the Scholastic ‘A’ division, and finished second with a score of 64.010.

“I think they did really good for the first show to get all the nerves out,” Winter Guard director Kara Magnum said. “They’re at a really good place right now, but there’s still room for improvement.”

The 2015-2016 show “Time” portrays the evolution of time and what happens as time progresses. The show features music from the 2014 film The Theory Of Everything and Jim Croce’s biggest hit “Time In A Bottle”.

“I think we did really well for our first show of the year” junior Olivia Woodford said. “Especially considering everyone was nervous and we came really close to Martin High School. They’re really good.”

“I think everyone should come see us compete sometime before the years out,” senior Maci Meriwether said.