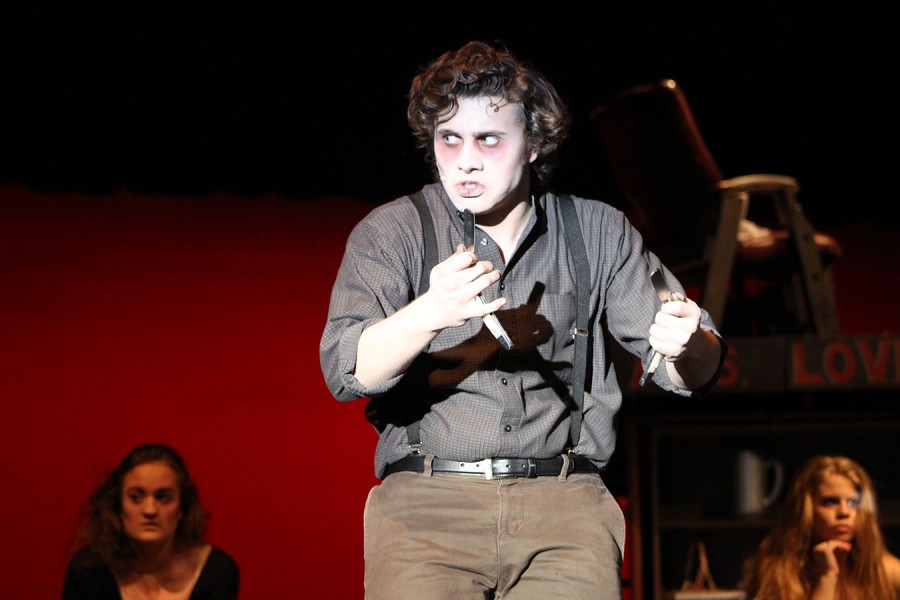 Senior Hunter Ginn has been seen as an evil and distraught Sweeney, as a lovable and goofy detective Benjamin Braddock, and as a cocky and obnoxious Gaston. His beautiful voice has been heard and he has convinced many that he is someone he is not.

“I saw Cukoo’s Nest, so I joined tech,” Ginn said. “Ms. V walked up the day of auditions, handed me a monologue, and told me to try out and I fell in love with it.”

Being forced into theatre payed off for Ginn because he was able to find his passion.

“My favorite role was Sweeney, he was a nightmare of a character,” Ginn said. “It even started popping up in personal life, which happens often. You could easily tell when I switched to Gaston last year during Beauty and the Beast.”

Not many high schools put on and pull off a play as musically and talent-demanded as Sweeney Todd. With the help of Ginn and the other actors in the musical, they managed to sell out every night.

“The ability to play him is not something taken lightly, not just for me but for all the actors,” Ginn said. “The musical and emotional factor required for Sweeney was monstrously difficult.”

Ginn’s artistic soul branches out from theatre and leads him into other extracurricular activities like oral interpretation and choir.

“Oral interpretation is pretty much competitive acting,” Ginn said. “We cut movie scripts to ten minutes down to one act and we are working out one right now.”