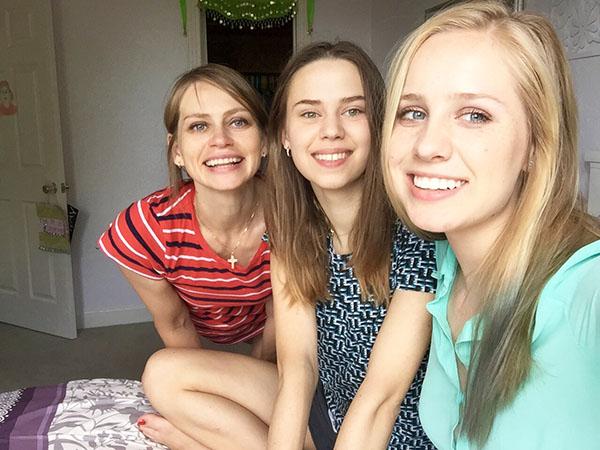 “I was scared I wouldn’t make any friends or learn English,” Kolpakova said.

It is understandable to be worried about those things when moving from one continent to another. There are many things that we do differently in the United States.

“The food is different, and in Ukraine kids graduate in eleventh grade,” Kolpakova said.

Adjusting to a new foreign place can be quite difficult, especially without your friends and family. Kolpakova managed to power through it and made the best of her situation.

“It was hard moving here knowing I had to leave my family and my life behind,” said Kolpakova. “But I realized how lucky I am to be here and became more grateful for the things,” said Kolpakova.

Being away from family is tough, but a lot of students have families that are relatively close and are able to go drive and see them, even if they are in another state. Having family in the Ukraine makes it hard for Kolpakova to see her family.

“I miss my family so much!” said Kolpakova. ” It depends who comes to visit, but I usually see my family once every year or every two years.”

Yana Kopakova’s story is an interesting one, but it is not the only one here at. All students here have their own unique story to share.