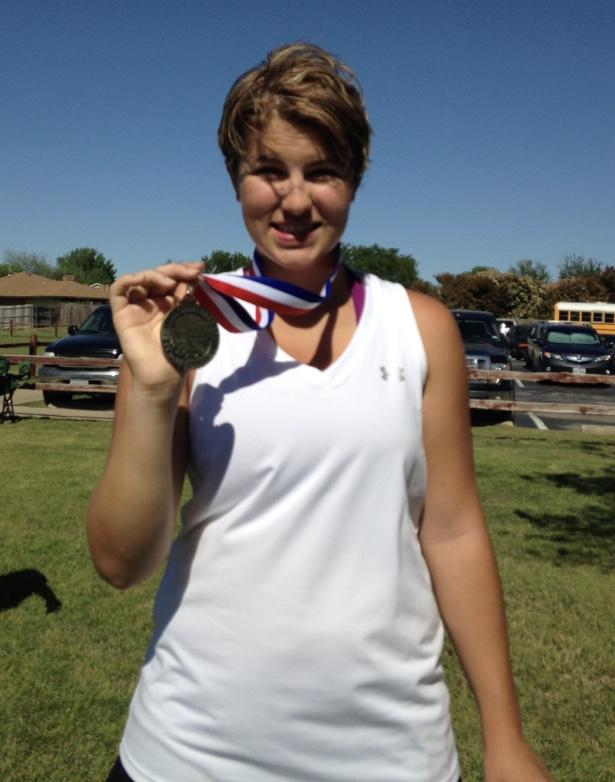 Senior Chandler Morris is a great example of what hard work can get you. Morris has been playing tennis for almost  six years, and spends one to two hours every day practicing. She puts countless hours into improving herself, so it’s no wonder that she has earned several awards.

Morris found tennis by accident, but she is so thankful that she did as it has become a very large part of her life.  She works hard because she plans to make a career out of it.

“I love it. Tennis has become my life. My major goal is to hopefully become a professional and compete in the Olympics and many other major tournaments,” Morris said. “Tennis has lit the spark of motivation that still drives me to this day.”

But it’s not just awards that are a big deal, although getting medals is amazing, Miss Morris has also received several scholarship offers because of tennis. All of this can help her reach her goal of becoming a part of the Olympic team.

“A few colleges have offered scholarships to me already, I just need to see which one has the best academic benefit,” Morris said.

Tennis is not Morris’ only extracurricular activity. She is also in varsity women’s choir and a member of the GSA.