5 MORE things to do with a pumpkin 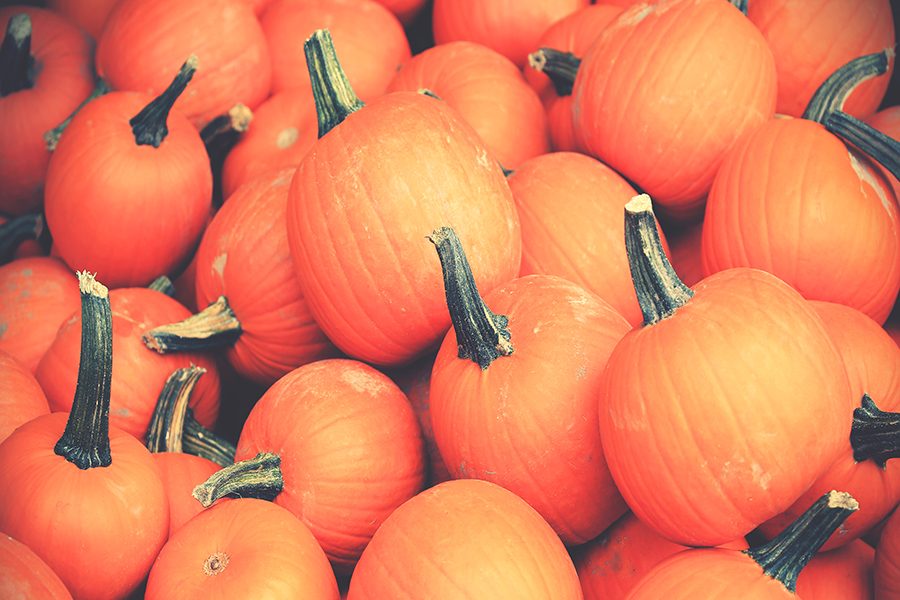 Around this time last year a story was published giving five tips on what to do with your pumpkins left over from the spooky season. Though upon further investigation, those tips are no longer enough to keep one entertained when finding something to do with the extra large orange vegetables. This lack of ingenuity with the pumpkins has inspired five more tips (completely for real this time).

Don’t want the rotting corpse of a jack-o’-lantern to look ratchet while its shriveling up for good? Just paint over it and voila it’s looking fresh for the front porch. Now what you paint on the outside is up to you, but maybe a little bit of appreciation for the forgotten holiday of Thanksgiving wouldn’t hurt anyone.

Everyone grows out of their teddy bears eventually, but those lonely looking pumpkins are all alone, outside, and if you’re cold, they’re cold. Bring those sad looking unconventional cuddle buddies inside and let one fit perfectly in your arms as you drift asleep.

Your kickball/soccer game is going great, then tragedy strikes. You’re left with sad kids and a busted sports ball. What now? Look no further than picking up that pumpkin on your front porch and get moving all over again because it works just as well! Don’t fret about the guts that spill as it inevitably breaks down under the extreme amounts of force being applied to it constantly, it’s a part of the family fun.

Due to the change in temperature a few of you out there may wake up to find one of your tires are flat and you need a replacement fast, so what do you do? Just pick up one of those large, round pumpkins laying around and jam it where the old flat was, and congratulations it’s good as new. You won’t experience any difficulty driving whatsoever.

Last year, the suggestion was to bake the pumpkin into something and then partake in the deliciousness. It only makes sense this year to top the list off with a new spin on that similar concept: eliminate the middle man, just eat the pumpkin. No baking, no flour, eggs, milk, etc. just open that bad boy up, and enjoy the insides with a spork. It’s good for you too, pumpkins are considered vegetables after all.

Have a safe and happy Halloween y’all!