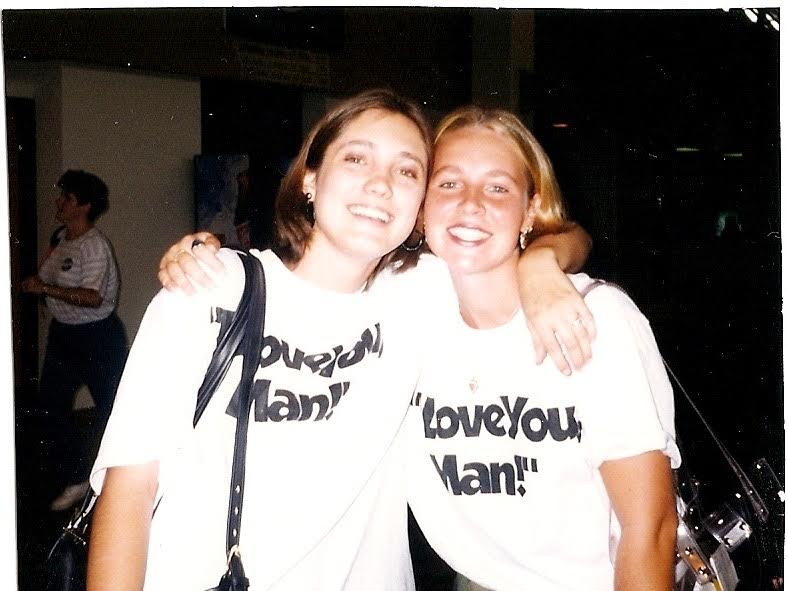 Mrs. Boydstun is a Pre-Ap English I and Ap English IV teacher that strives to help students grow and love literature. She works to help each of her students succeed in English, which leads to the question on why she works so hard to help her scared freshman and tired-out seniors.

Q: What lead you to become a teacher?

A: So at a young age, I definitely had teachers shape my life. They changed everything about where my life path was heading growing up, so teachers caring about me, encouraging me, lead me to know that I had a purpose deeper than what my current situation was. Even in 6th grade, I knew that’s what I wanted to be: a teacher. I kind of rebelled against it in high school and then early in college I was a communication major instead; not because I didn’t love teaching but because most of the people I knew who were becoming teachers were doing it until they became a house wife kind of thing and it really bothered me. I wanted more of a purpose to my life. I just missed the classroom, the environment and the people. So I went back and got my alternative certification and then have been teaching ever since. I know it’s the absolute place I belong.

Q: What kind of high school student would you have described yourself as?

A: Somewhere in between. I was involved but I wasn’t the “popular one” by any means, not like the partier or anything like that, but I definitely had a place in clubs and organizations because they gave me an identity. I was also the very studious one. By the end, I was at the top of my class and I graduated valedictorian of 503; not because I was pushing myself but because I knew I had to work hard if I was going to leave and go off to college. I needed scholarships to help, and I loved learning for the sake of learning. So that pushed me to just work hard. I was Senior Class Vice President and in National Honors Society, which is why I’m kinda passionate about that along with teaching because I think being a student is more than just about the classroom.

Q: What was your favorite organization?

A: I would have to say Senior Class; by senior year I was fine with being vice president. The title didn’t matter to me and I was okay doing the work that a president would but being more of a behind-the-scenes person; I don’t need glory or recognition. It was to make the school a better place and that’s how I left my mark. But we also kind of paired that with a spirit crew as well, so I love that senior class wasn’t just homecoming; it was all year long. We were the ones that were front and center with tradition and being crazy, having lots of fun.

Q: Who was your favorite teacher and why?

A: That’s so hard. So I think that on all the different levels I had teachers that mattered to me, like my kindergarten teacher took me aside because I could already read and write. So when kids were napping she would let me sit there and write stories, and that was life altering to me, like I didn’t have to be like everybody else and it’s okay. But then later in high school I had an English teacher and I resonated with the way she opened my eyes to literature. And it’s why I have a love for English to this day. Then strangely enough, she wound up marrying the head football coach who was also an English teacher. I ended up having both of them, some very very different perspectives, but just a love for literate fostered in me.

Q: Any fond moments that you had in high school?

A: I just really loved everything about school. There’s nothing that stands out more than anything, but kind of crazy out-of-character for me was my high school football team. We were state champs every year. And in Midwest City, Oklahoma, where I’m from, if you made it to the state finals you would play at OSU’s field, which was in Stillwater and was a good hours drive away. We would all pile in our cars and race to the stadium to beat the football players and stand on the side of the highway to welcome them to the stadium. Which was kinda crazy and we drove maybe a little erratically to do it. The whole picture, that’s what high school should be about. It’s about being part of a team and a group and having an identity there. It was a lot of fun.

Q: Was there anything you would have changed about your school life?

A: I don’t think so, I try to be a person that doesn’t look back with regret. In the end, I feel like everything good and bad served in helping me become who I am and that’s what matters most.

Q: Any advice you have for current students?

A: I have really enjoyed teaching seniors this year. I’ve enjoyed teaching every level but I really love the idea of seniors capturing the moment, understanding that it’s two fold. This is it, you’re coming to the end of something really special. So know that this is only one chapter in your life. It’s only one small part of who you are and what your story is. So don’t feel the pressure that everything has to be so monumental, as if next year is not going to be just a penitent for you. Just enjoy yourself and not take life so seriously. Give yourself lots of grace throughout the journey.