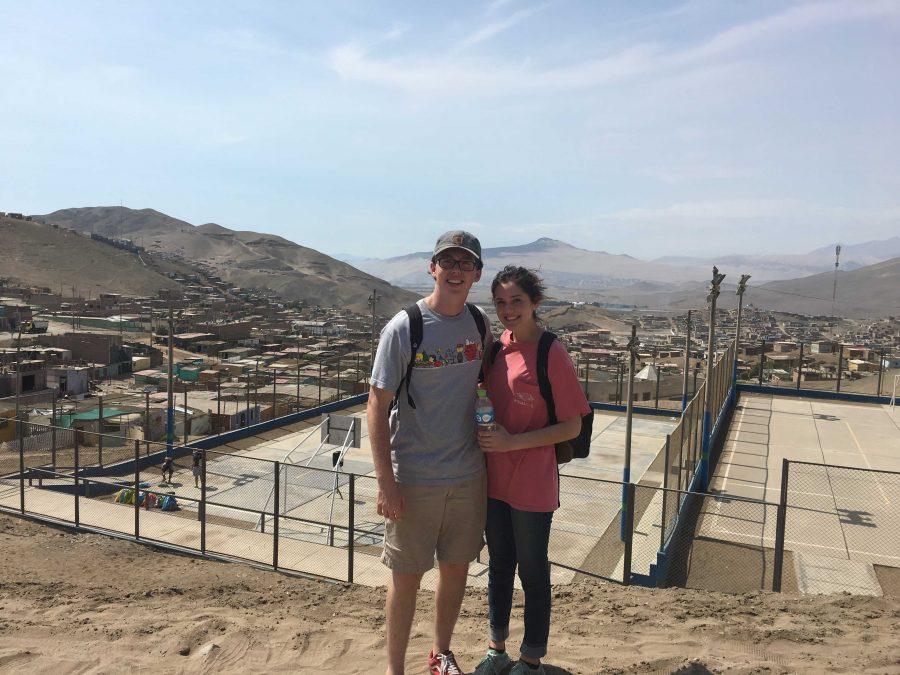 Caleb Padgett and his girlfriend in Peru.

Spring Break for the 2016-2017 school year has ended, although several students traveled outside of the country for the week.

Labeled as her senior trip, Tran said she enjoyed the environment and the atmosphere.

“It’s a lot different in how everything functions,” Tran said. “They walk a lot and there’s a lot of biking. It’s not uncommon to have a car, but there are just as many people on the road. You’re constantly surrounded by people; it seems chaotic at first. I was so lost.”

Italy was the one country his whole family wanted to visit, senior Eric Li said.

“It’s my senior year; it’s one of my family’s last chances to travel together because I’ll be really busy the following years and it’s somewhere we all wanted to go,” Li said. “The best part was probably the first few days when we got to go to Venice. In America, everyone owns a car, but in Venice, you get the big city feel but there are no roads. It’s really a city without cars.”

Junior Caleb Padgett went on a mission trip to Peru for his break.

“My church has a full time missionary down there that we support,” Padgett said. “It was the big vacation bible school week, and [the director] puts on a lot of events for the cities around there.”

Although Tran said she enjoyed her trip, she said some of the moments were less pleasant.

“When we went down to the metro station, people urinate down there, and you could smell it,” Tran said. “There’s a little gutter on the side though, as if they knew people were going to urinate down there. So it doesn’t go all over the place, which was smart thinking in my opinion.”

Visiting a country that has a language barrier can be difficult, but it is more manageable than you would think, Padgett said.

“People are just people,” Padgett said. “They spoke a different language and it was a different culture, but everyone knows a smile. The girls on the trip, when they would play with the girls there, they had the same clap-hand games. It was really broken English and really broken Spanish that came together.”