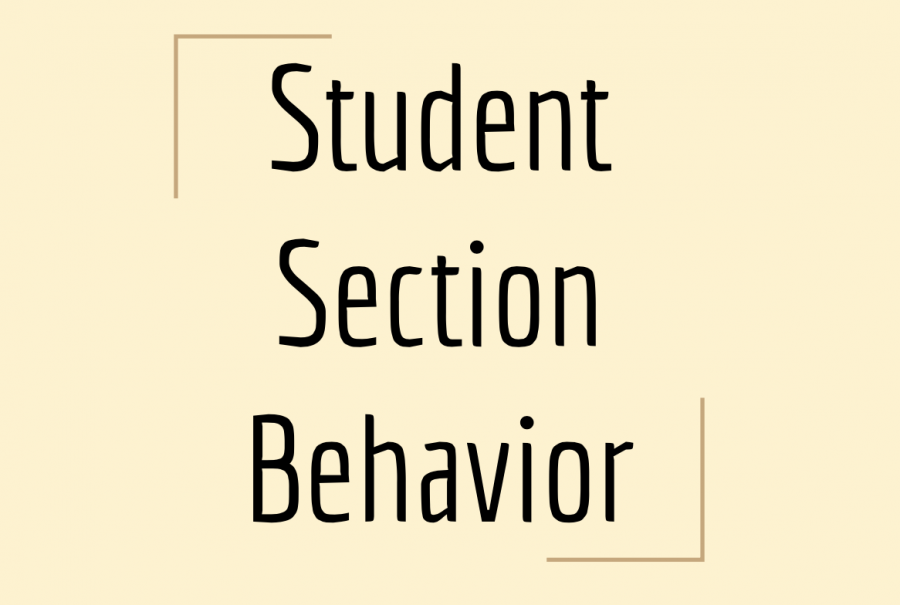 While the Summit High School band was performing their halftime show at this year’s annual blackout football game, MHS students began to verbally attack them and disturb the atmosphere of a high school rivalry game.

MHS shouldn’t allow offensive behavior at sporting events because it is disrespectful, creates a poor representation of the school and diminishes other school’s efforts.

In general, students should not insult others because it is disrespectful. Yelling and reproaching other fellow community members is rude and unnecessary. Dragging others down to feel better about themselves is immature. While some members of the band might believe their band is superior, it does not excuse such inappropriate behavior.

At first, one of the MHS students thought the remarks were humorous jabs, but she soon realized how her words might have been interpreted. There is a fine line between being playful and being harsh. This line was crossed at the game when MHS made rude comments about how Summit did not perform well. Although it is great that students are full of school spirit, these impolite manners poorly reflect on MHS’ values because it creates a negative representation. This reveals how students are not cautious about the impact of careless words. Along with that, a lack of sportsmanship is endorsed.

Despite all the rigorous work Summit had put into the game, the rude remarks minimized their efforts. Without mutual respect, people may feel as if they are inadequate in their sport or activity. Allowing this behavior does not contribute to motivating others, but rather discourages them.

MHS should not permit tactless insults because it leads to many repercussions. To prevent further foul comments to students, do not minimize people’s efforts, but maximize them by means of encouragement.

Students of all schools should reevaluate their words based on whether anyone will benefit from what is said, then choose to speak. Build people up, not tear them down. However, people who cannot hold their urge to say something kind should distract themselves from the game such as by purchasing food concessions.