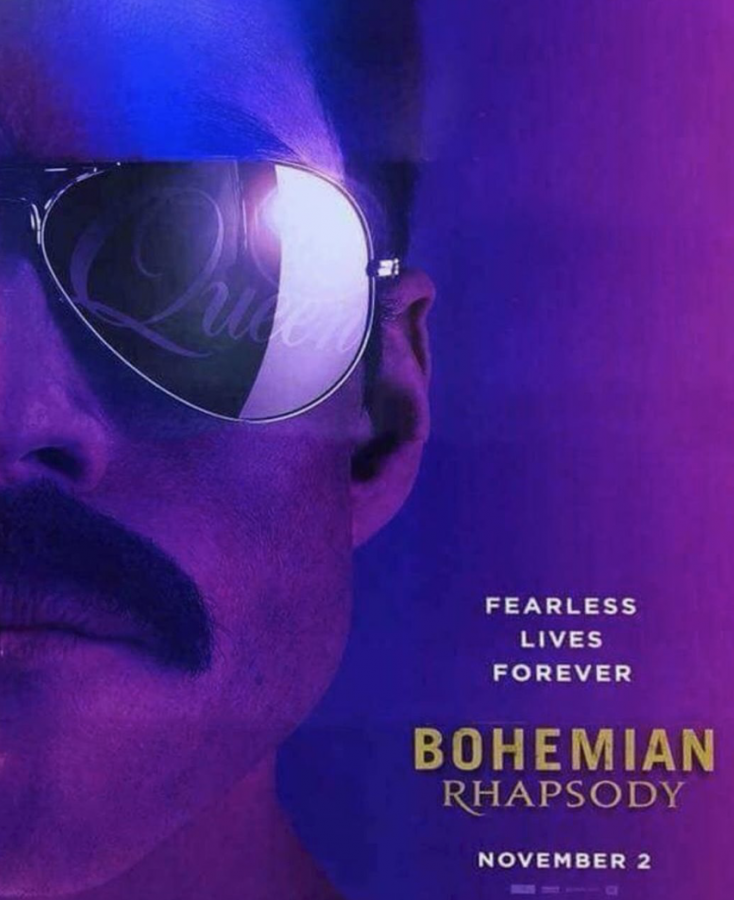 Even if you aren’t a music buff or a Queen fan, this new movie is sure to bridge the divide between lovers and haters of the popular group from the 1980s to the early 2000s.

I saw this movie the day it hit theaters – something I generally refuse to do. Although it was not my first choice of what to watch that night, I am glad I made no objections. Growing up, my parents raised me to appreciate the era of classic rock; all the greats like Queen, AC/DC, Eagles, Aerosmith… the list goes on and on. Whenever I hum the tunes or sing along to the radio in the car, they always say, “We raised you right.”  I am extremely thankful to my parents for introducing me to what real music is. As a result, I thoroughly enjoyed the film, getting to see the story of Queen and Freddie Mercury unfold before my eyes.

Freddie Mercury defied stereotypes and shattered convention to become one of the most beloved entertainers on the planet. The movie traces the path in which the band began to write revolutionary songs and create an iconic sound in the music industry, then the time where Freddie shuns Queen in pursuit of a solo career. They manage to reunite just in time for the Live Aid concert performance, one of the most iconic rock shows of all time.

All the while, you see the other side of things, where Freddie transitions from having a female love of his life to introducing his bisexual ways and his battle against an AIDS diagnosis.

Freddie Mercury led Queen to one of the greatest performances in rock music history; Queen has been said to have “cemented a legacy that continues to inspire outsiders, dreamers and music lovers to this day.”

Going to this movie with friends proved to be much more entertaining as opposed to attending by myself. I have always believed movies are ultimately better when with the people you are close with. Even more so, we all got to jam out and enjoy the music we hold so dearly in our hearts.

I would recommend this movie for anyone who enjoys a heartfelt showing with a great cast. Trust me, if you are looking to be entertained while the music rocks on for a little over two hours, this is where you need to go.