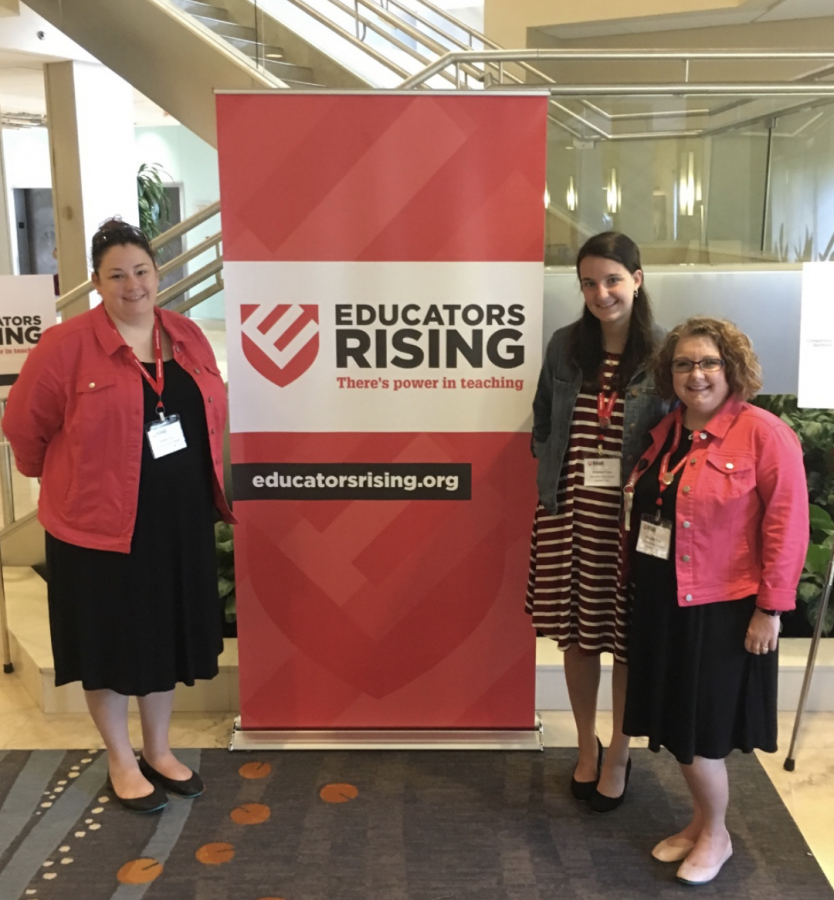 A line of Texas Association of Future Educators student officers stand while announcing all of the awards. Over 200 pairs of eyes in the crowd are watching and listening to the speakers. In the audience, a teacher lost in her own thoughts and zoned out hears her name called out. Startled, business teacher and TAFE sponsor Angela Fore’s eyes become round, filled with surprise before she walks on stage for her shining moment.

Because Fore was awarded regional teacher leader of the year at the TAFE region conference on Dec. 1, she is now eligible for the state teacher leader award.

“This is only our second year to have the TAFE chapter,” she said. “ I was quite shocked (from getting the award).”

To be recognized, other teachers and TAFE officers in the region must vote for a regional teacher by reviewing many criteria, such as their involvement in TAFE and character.

“She does a good job for only being our second year and now we are taking 32 kids to state,” family consumer science teacher and TAFE co-sponsor Katie Fell said. “She deserved it.”

Because Fore had to have neck surgery at the beginning of the year, she asked Fell to manage the organization.

“I was out the whole first six weeks and she did what she needed to (do),” Fore said. “We may have had a TAFE if she hadn’t done that, but it would not be where it is right now at all. I am very thankful for that.”

“I was really excited that they wanted to nominate Mrs. Fore for this,” she said. “It was a big deal, but it was really nice because my mom gets recognized, but she was feeling that she wasn’t being the best sponsor in office, so to surprise her with that was amazing.”

TAFE is an organization led by Fore and Fell for students who are interested in pursuing careers as teachers.

“Future educators, some other teachers from other campuses and I made a really big push to see if we could have TAFE at the home campus instead of just at Ben Barber,” Fore said. “After some work and discussion, we were able to do that so that’s how we ending up getting it here.”

Fore said while TAFE is a lot of hard work, she enjoys the organization’s benefits.

“(I like spending) time with my students in a non-classroom environment such as when we go to different functions,” Fore said. “Doing those kind of things in competition are my favorite part because I get to be with the kids outside of the classroom. It changes your relationship with your students.”

Students who are interested in TAFE are welcomed to join, but must take Principles of Education and Training, the prerequisite class,.

“So the first year you take that, you are automatically a member because the class is co-curricular meaning that if you are in the class, you have to be in TAFE,” Fore said. “After that you can be in TAFE for the rest of the years you are in high school.”