‘Fish’ in the Net 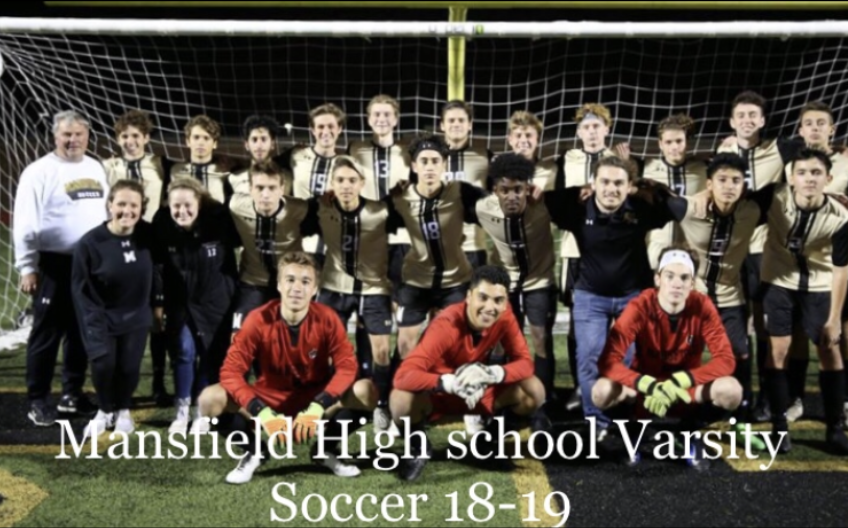 “You’re on varsity.”
This was the last thing freshman Jakob Buhrkuhl expected to hear after tryouts. While he anticipated earning a spot on the JV soccer team, making varsity was a whole other level of shock and excitement. Eleven years of playing on multiple select teams, and he could not fathom the idea that he was capable of overcoming such an uncommon and unique feat: a freshman making the varsity team. Jakob left the locker room feeling accomplished, and, once inside the safety of his parents’ car, he let out the tears of joy when he told his parents the good news.

After making the varsity team, Jakob has played in multiple games and tournaments for the school. The team will travel to South Grand Prairie tomorrow night to take on the Warriors, where he will be in the position of goalkeeper.

“I’ve done pretty well in the games so far,” he said. “My first time saving a goal (for the school) was from a shot outside the box; it kind of went straight to me, but I felt like I helped the team out a lot. For a freshman especially, it’s a big deal.”

Jakob put on his first pair of cleats when he was four, and has continued to play the sport ever since.

“I’ve played a lot of different sports and I’ve always been involved in a lot athletically,” he said. “I just ended up choosing soccer.”

Head soccer coach John Fazekas said they had to evaluate the team to determine their needs during tryouts.

“We were struggling a little bit in goal, and throughout tryouts, Jakob did an exceptional job,” he said. “That helped us decide that maybe he should be working with us on varsity.”

In addition to the school soccer team, Jakob also is a part of several other select club teams around DFW. Fazekas said this helped Jakob excel to the varsity level as a freshman.

“The kids who are playing on club, they’re playing year-round, so that helps us out tremendously,” he said. “They are always touching the soccer ball, which is a benefit to us overall.”

Jakob said the main contrast between the varsity and JV team is the level of competition. Because the number one goal is to win, one person may not get as much playing-time as another, based on how it will help the team.

“There’s a big difference between freshman and varsity soccer: people on varsity are super competitive and they are all about winning,” he said. “While JV is still serious, it’s just not the same as me or the other varsity players; we take it very seriously”

Being a goalkeeper comes with a lot of independence from the rest of the team, Jakob said. While the field players are practicing as a team on the pitch, Jakob works on fundamentals with another coach.

“I basically just do my own thing; I warm up (with a goalkeeper coach), and then we work on shots and other drills,” he said. “Toward the end of practice, I then work with the rest of the team.”

Goalkeeping is an integral position because everyone relies on the goalie to protect the score. The accountability is high, Fazekas said.

“When you make a mistake (as a goalkeeper), it changes the complexion of the team,” Fazekas said. “If you’re a field player, there’s other people to help you out and back you up; it’s not the same for Jakob. In the long run, it’s just a tougher position. If you’re not on your game and the ball goes to the back of the net, you could lose the game.”

The responsibility factor is not only present in terms of physical fitness, but it carries over to schoolwork.

“The sport got me to work a lot harder in everything,” Jakob said. “Since high school soccer is a ‘no-pass, no-play’ sport, it got me more into school and pushed me to do better. It’s definitely hard to juggle both though.”

Because he is playing against people two or three years older than him, Jakob said he feels a good deal of anxiety during each game. Nevertheless, he knows his skill level was enough to break a new barrier, one which happens probably once every four years, according to Fazekas.

“I’m always super nervous because in high school, you have to be a lot more aggressive because everyone has such varying experience,” Jakob said. “Being the freshman on varsity means a lot to me because when I tried out, I thought I was going to be on JV, and I had always heard that Coach Fazekas doesn’t like freshmen. I just thought there was no chance.”

With missing school for tournaments and other games, Jakob often has to make up work in tutorials to ensure that he keeps his grades up in order to continue playing.

“I always have to work hard, and sometimes go to tutoring,” he said. “It’s really important to give 110 percent in everything I do.”

Jakob said his biggest fans are his parents, and that has made all the difference in managing his time and stress.

“My parents support me in everything,” he said. “Even if I don’t play well, they always say ‘you’re fine, just train harder, work harder, get back up and you’ll earn your spot back.’”