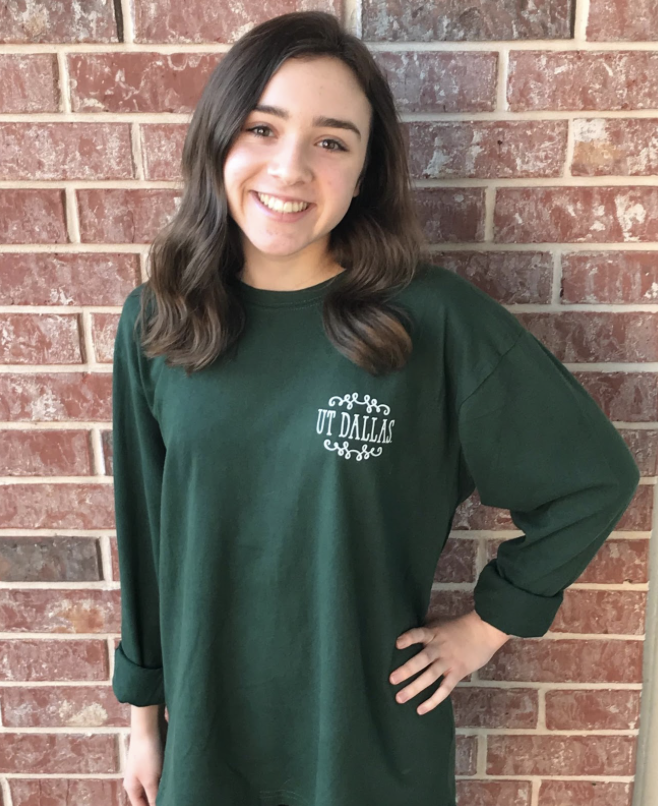 After she hears other people discussing ranks are out, the senior rushes to the front office. She is nervous, but quickly a smile forms. Senior Cathryn Turner pulls out her phone and takes a single picture to send to her mom. Three numbers are written on the paper: GPA, class rank and the number of students in her class.

As a result of the school revealing GPAs and announcing class rank, the valedictorian of the Class of 2019, Cathryn, will speak to fellow graduates on May 25 at graduation.

“I knew it was going to be super close, so I was crossing my fingers,” she said. “I wasn’t shocked (because I knew my previous rank), but I was happy about it.”

Cathryn said she was glad about her GPA, but it was not her main priority to maintain her grades.

“(The important matter) wasn’t the grade for me, but it was more about learning,” Cathryn said. “It’s an honor, but I feel like what a student learns and takes from their experiences in school, social experiences, academics and everything is really what’s important.”

“Cathryn has always been intrinsically motivated and a bit of a perfectionist,” she said. “Also, her dedication to playing the piano, studying her academics and volunteering in the community and church has shaped her into the accomplished young lady she is today.”

Both Cathryn and Sarah are in the top five ranks in their class, but occasionally they will study together when they have similar classes.

“Really my family has always been the type to tell us to be our best and not punish us if we got a bad grade,” Sarah said. “As we have grown up, we have seen them work hard and so for that reason, we are compelled to do the same thing.”

Cathryn said she also was motivated by how hard working her parents were, but other factors played a role too.

“The biggest thing for me would be my faith in Jesus Christ,” she said. “He is really motivating and encouraging me through this entire process. It has been eye opening and a really cool experience.”

Chemistry teacher Corey Neiman, who has known Cathryn for several years from Key Club and class, said she was one of his hardest-working students he has had.

“You always want to think ahead. It’s okay to struggle and work hard now than instead of hitting that wall in college,” Neiman said. “In high school, you have teachers who want to help you. In college, it is a little bit harder to reach for that.”

Because Cathryn is at the top of her class, she will give a speech to her classmates about her experiences and moving forward at graduation.

“I’m a little bit nervous, but I will have practice with Ms. Young and Ms. Alloway who are nice enough to meet with me and the salutatorian beforehand to practice speaking, so I won’t be as nervous when I go up there for the first time,” she said. “I definitely think it is an honor and I am excited for it.”