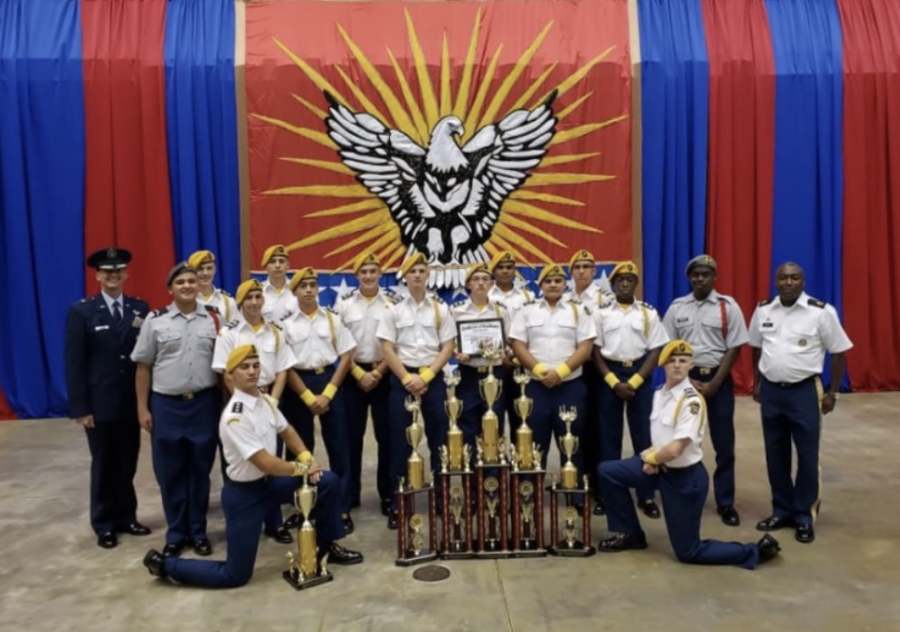 Thirty Junior Reserve Officers’ Training Corps members won first place overall championship at the National High School Drill Team Championship Challenge division May 3 in Daytona Beach, Florida, where they competed against others from across the U.S. and globe.

“We make sure the unit is not just a drill team, but that the whole unit is ready to be competitive, step outside and be supportive,” JROTC teacher Patrick Easley said. “ It’s not just competition, it’s also supporting the community.”

After attending about 20-30 meets including army nationals, JROTC teacher SFC Daniel Kinnel and Easley said they decided to compete this year for the first time because they wanted to see how well they could perform at the international meet.

“We had the team to do it. We had the personnel to do it. Everybody is trained,” Easley said. “If we can first place out of 8 states (at the San Antonio meet), we wondered what we can do out of all the states and different countries.”

JROTC has a class at the end of the school day to practice military drills until 5 p.m. almost every day.

“When you get to a drill meet and the perfect practice turns into the actual competition,” Easley said. “If you put that out on the floor when the time of the meet happens, you’re going to win.”

At the competition, the team received a letter of instruction telling them what commands to say, how to call them, where to start formation, size of the pad, exhibition (students’ creation), inspection (prescribed questioning), regulation (prescribed commands) and color guards (prescribed).

“There’s a certain way to do everything and you have to do it that way,” Armed Drill Commander and senior Jordan Wierzbicki said. “With exhibition, you have to challenge yourself to create new things that are unique, so we’re lucky it paid off and the judges liked us.”

“I told them if they compete on my birthday that I don’t want no cake,” Easley said. “I want trophies on my birthday and that’s exactly what they did. When we won, they brought back a huge trophy cake with a candle on top. It was a good day.”

Parents chaperoned and checked that the cadets had everything they needed such as water and clean uniforms to ensure nothing was out of place.

“It was an overwhelming feeling of excitement for the hard work and dedication they have done throughout the year,” parent Monica Corral said. “We are so very proud of each and every one of them. They have made history for MISD.”