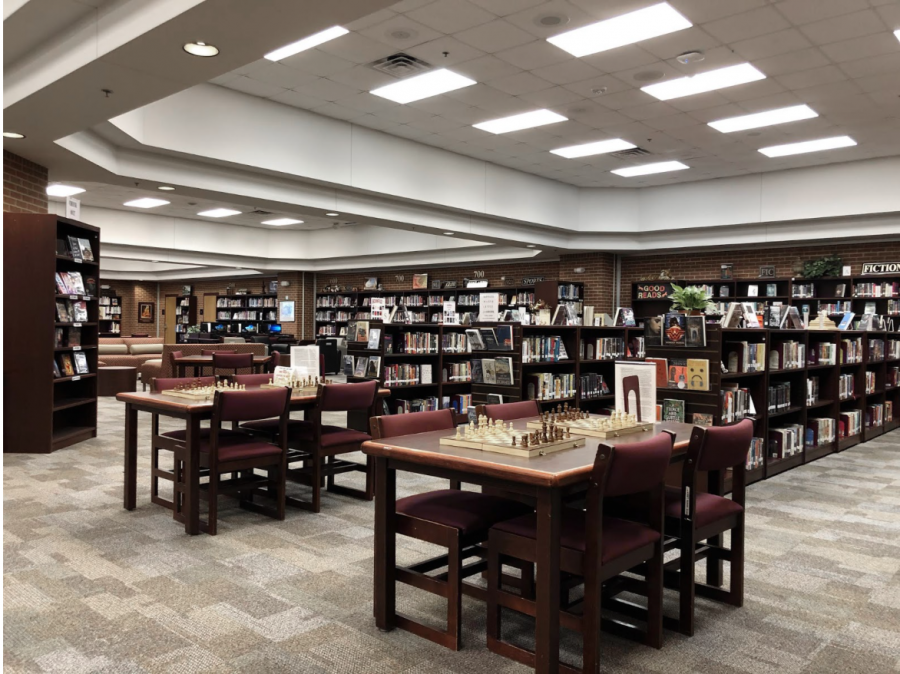 After the school hired Librarian Becca Buechele this year, the library became more than a place to study, but a classroom and a common place for students to play games and socialize.

“What I tried to do with the library is make it welcoming and make sure that kids wanted to come in here by putting games out,” Buechele said. “When school started, I hoped they would see those and want to come in.”

“When people come in, it’s adorable to watch them run and play,” she said. “Now (the games) are put away, but they know where they are and they feel comfortable going to get them.”

This fall, the school purchased three new devices called “Clevertouches,” which are 65-inch touchscreen boards that have 300 downloaded apps, to accommodate a variety of classes.

“My goal was for the library to be an extension of the classroom, for groups to work on projects and use the Clevertouches,” Buechele said. “I know that kids draw and play on them, but they are a great educational tool.”

“The classroom screen is not the brightest, whereas (Clevertouches) are really clear and they can annotate, so it makes it a lot easier, “ he said. “It’s also fun to go to the library too because it’s a different environment.”

As part of the library changes, Buechele also wants to create a “maker-space” by the end of the year. She has requested a grant for a Lego table and plans to ask for embroidery and sewing machines.

“I am actually working with a teacher in Colorado who has a maker-space class and I am just learning how he runs it,” she said. “(Having a maker-space class) would be amazing because the kids will want to come in and just make things that are there for them to use.”

“I really like the librarian and her assistant as well,” he said. “She really puts a lot of thought and effort into making the library as fun and as interactive as possible.”