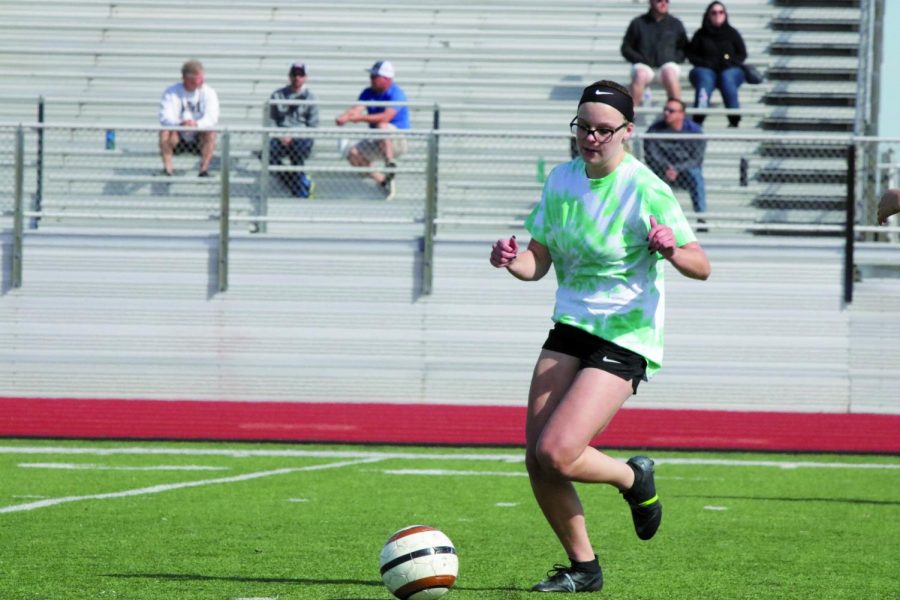 To support Coach James Maberry and his family because of his cancer diagnosis, the school hosted the Green Out football and soccer game fundraisers on November 1 and November 16 respectively, and plan to do a volleyball tournament in spring 2020.

The organizers said that they want to host these events to get others involved in the cause to help Maberry with his illness.

“We wanted to raise awareness of what’s going on,” Pilling said. “Coach Maberry’s illness made a lot of us stand up and want to act.”

The football team said it also wanted to contribute which led to them getting involved with a fundraiser game of their own.

“Our main goal of any Maberry fundraiser is strictly to raise awareness and support his family,” football captain and senior Paul Tatrow said. “We ended up winning the Green Out game against Lake Ridge and I think the thought of Coach Maberry definitely fueled our fight.”

The idea for the tournaments came from the students wanting to further support Maberry apart from his time off from work.

“Wesley Seal and I chatted about helping Coach Maberry,” Pilling said. “We knew he ran out of days off and we wanted to do something. We talked to Coach Hardin and we decided to establish a soccer tournament.”

The community aided in helping to put everything together.

“Quite a lot of parents and coaches helped out,” Pilling said. “My parents work in Fort Worth and even people from there came to show support.”

Because of the limited success of the soccer tournament, organizers said they will start preparing far sooner for next year’s event.

“The soccer tournament wasn’t as big as we hoped,” Pilling said. “We waited until the last minute to get it organized this year. We want to do more so we’ll get on planning sooner moving forward.