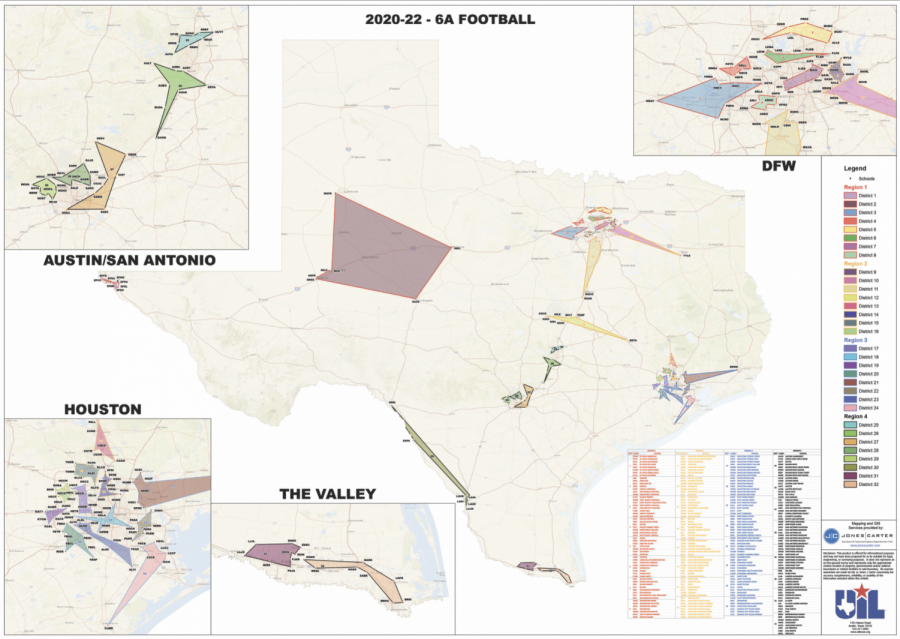 After the UIL’s biennial district realignment, which represents the change in student populations, MHS will move from region one to region two to become a part of district 11 next year.

“My initial reaction was kind of shock in that we were put in a district with two Waco schools,” varsity football coach Gregory George said. “That’s going to be an issue in terms of traveling, especially for the sports that play twice a week.”

“I’d even go as far to say that it’s the toughest district in the nation,” varsity football player and junior Cole Hardin said. “It has some of the best teams in the country and this is the highest level of high school football. When I heard about this, I definitely was very excited because I look forward to the challenge and opportunity.”

After head football coach Daniel Maberry passed away, Hardin said next year will be different with the change in football leadership.

“I think our mentality going into this year can be a little bit different compared to last year because our mentality last year was kind of lacking,” he said. “I feel like this year with new leadership, we’re going to have a stronger tougher mentality.”

As of now, the UIL has only posted realignments for football, basketball and volleyball. It will release other sections such as fine arts and academics in the spring.

“I don’t think (we will do anything different),” head volleyball coach Taylor Elrod said. “We still have our biggest competitor, which is going to be Waxahachie, and Waco Midway is a great program – that’ll be a tough game for us.”

“To be honest, I am actually excited to play better competition,” Daniels said. “They all have relatively good players. If we continue to work hard, we should have a good upcoming season.”