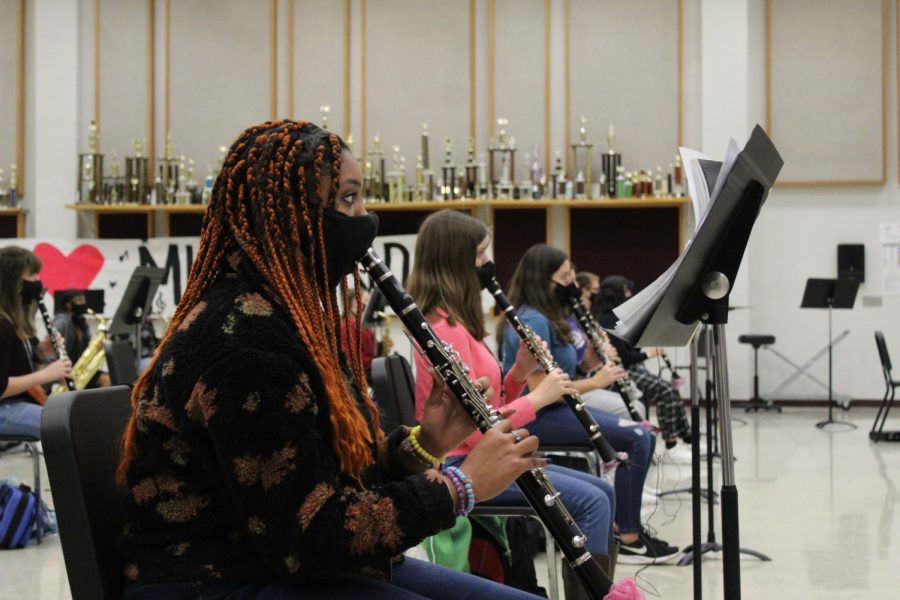 After preparing for months, the band will compete in a solo and ensemble contest tomorrow from 5 to 9 p.m. on campus as they host the competition.

“This year each MISD school is hosting their own (contest),” Band Director William Ludlow said. “Instead of all the kids going to the same school and creating a big event, the judges come to the campus and judge the kids at their home campus.”

The solo contest allows students to compete individually, while ensemble events consist of small groups of musicians. Whether students compete is based on what band they participate in.

Ludlow said students have worked tirelessly to prepare for the contest.

“Most students started preparing the second week of January and some started in December,” he said. “It varies from kid to kid.”

Sophomore Molly Fortner said she hopes she does well at the contest.

“I feel a little nervous for the solo and ensemble contest but I feel prepared,” she said. “I am also excited because I enjoy performing and receiving constructive criticism. I feel like I’ve found a happy medium between nervousness and anticipation.”

Freshman Miki Zambeck said she has improved her music for solo and ensemble.

“I feel confident for the contest because we’ve been preparing it for a month or so now and everything is coming together,” she said. “We’re getting better than we originally were.”

Ludlow said the contest is a great opportunity for his students to grow.

“This is a really a direct reflection of the work and effort the students have put in outside of class,” he said. “I know some will do great and others will struggle. Most importantly, it is a performance and a learning opportunity.”